Ambitious, persistent, and strong-willed – this is all about our partners and brand ambassadors. Get inspired by their example and achieve new victories
Open trading account Open demo account
Deposit money
Money withdrawal
INSTASPORT
What unites sport and forex trading?
The qualities which are required to succeed: determination to win, endurance, and self-confidence. For several years, InstaForex has been backing sports teams and athletes around the globe, sharing the passion of millions of its clients for professional sport. One can be amazed at how so many big celebrities have been on the list of current or former partners of InstaForex. Ole Einar Bjørndalen, Viswanathan Anand, Daria Kasatkina, Ales Loprais, Vladimír Moravčík, Dragon Racing Formula E Team, InstaForex Loprais Team, HKM Zvolen, Borussia Dortmund are moving forward, conquering new pedestals in cooperation with InstaForex. Each of them has experienced both victories and failures. Difficulties do not stop true professionals but motivate them to work harder. Our brand ambassadors and partners prove that success favors the strong-willed and persistent!
Our Current Partners 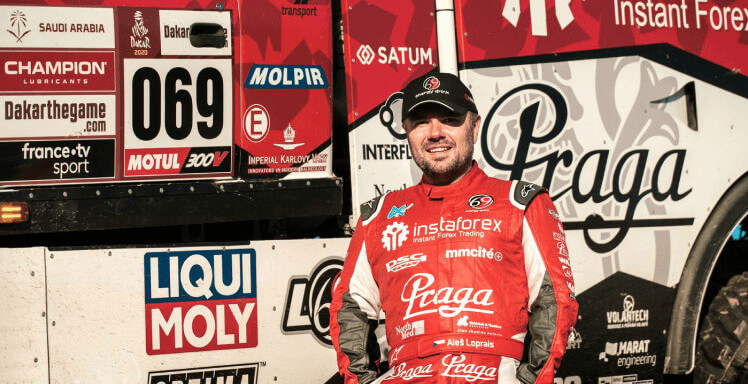 Ales Loprais
The brand ambassador of InstaForex since 2011
Learn More 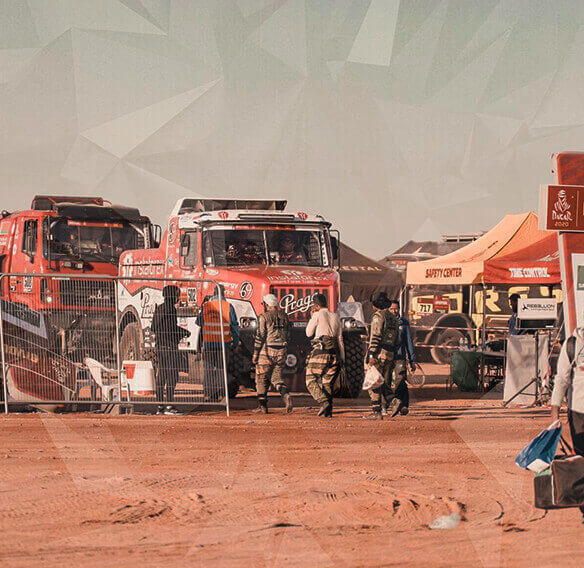 InstaForex Loprais Team
The partner of InstaForex since 2011
Learn More 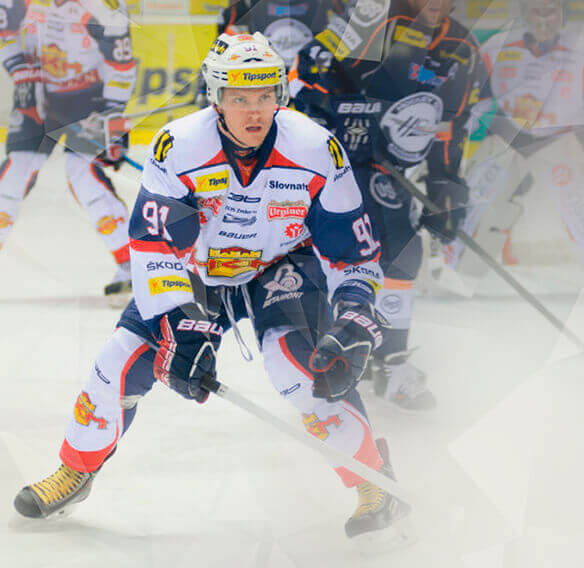 HKM Zvolen
The partner of InstaForex since 2013
Learn More 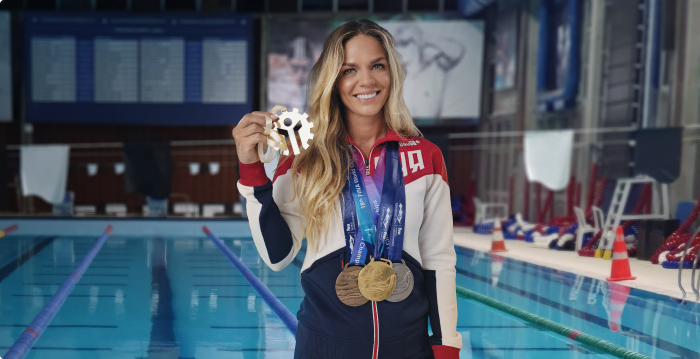 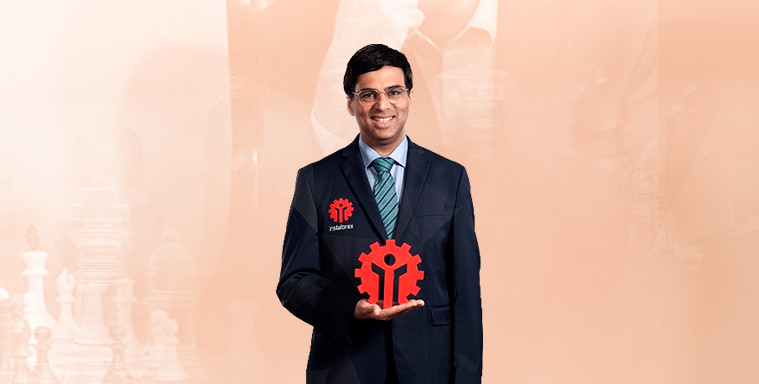 Ole Einar Bjorndalen
Winter sports legend, Norwegian biathlete Ole Einar Bjoerndalen was the brand ambassador of InstaForex for five years from 2015 to 2020. He is an undisputed biathlon leader and the most decorated athlete in the history of the Olympic Games. The partnership with Ole Einar was a great honor for InstaForex. It allowed us to adopt the athlete’s main principles - striving for victory and innovation, self-confidence and dedication.

In 2018, the athlete finished his career. Today he follows the development of biathlon and oversees the tactics of the young athletes’ performance.

Daria Kasatkina
Daria Kasatkina is a famous Russian tennis player who was a brand ambassador of InstaForex from 2017 to 2020. Daria’s sports achievements are really impressive: she is the winner of the Kremlin Cup in doubles and the Roland Garros Junior Grand Slam tournament. Moreover, she has obtained two WTA and seven ITF titles.

We witnessed Daria’s outstanding victory in the 2018 VTB Kremlin Cup. At this tournament, she scored an incredible result, having made the top ten of the WTA world ranking.

Marussia F1 Team
From 2013 to 2014, InstaForex sponsored Marussia F1 Team which was founded in 2009 as a subsidiary of Marussia Motors, a Russian sports car manufacturer. That was a very important step for our company in developing and reinforcing the tradition to support young and ambitious racing teams. Marussia F1 participated in FIA Formula One World Championship, the world’s most prestigious and challenging tournament. In October 2014, InstaForex jointly with Marussia F1 Team raffled off a great prize among InstaForex clients. The winner was awarded VIP tickets for the inaugural Russian Grand Prix in Sochi.

Palermo Football Club
From 2015 to 2017, InstaForex was an official partner of U.S. Citta di Palermo is Asia and the CIS. The cooperation agreement was signed during the 2015–16 Serie A, when the team fought fiercely for high positions. Alike Palermo, InstaForex also strives for being the leader. During the partnership, several VIP tickets for one of the Serie A games of Palermo were raffled off between InstaForex clients.

Liverpool FC
From 2014 to 2018, InstaForex was an official Asian and CIS Partner of Liverpool Football Club. It was an honor for us to cooperate with this legendary team. We shared the common goal - going the extra mile and striving for the best. During this partnership, InstaForex clients took part in special campaigns that were held in collaboration with Liverpool FC. Some of the participants won trips to Liverpool and visited home matches of the renowned football club.

Magnus Carlsen
From 2011 to 2012, one of the brand ambassadors of InstaForex was Magnus Carlsen, a Norwegian chess Grandmaster. An array of his achievements and titles is impressive indeed. Carlsen won 5 consecutive Chess Oscars five years in a row. In 2019, the Grandmaster was ranked among the top five in the FIDE rapid and blitz rating list. He has become the World Champion in 2013 and still holds this title, that makes him one of the greatest Chess players ever. When meeting with InstaForex representatives, the chess star pointed out the high quality of the services and said that strategic planning could help a person succeed not only on the chessboard, but also beyond it.

Janko Tipsarević
From 2012 to 2014, Janko Tipsarević, one of the brightest stars on the world’s tennis stage, was a brand ambassador of InstaForex. The winner of the Australian Open junior tournament, the Davis Cup, and the ATP tennis tournament, Janko Tipsarević has the same key to success as InstaForex: self-confidence, perseverance in achieving goals and constant self-improvement. We are proud of the cooperation with such a big-name tennis player during 2012-2014.

Oleg Taktarov
In 2012, Oleg Taktarov, a renowned athlete and actor, signed a cooperation agreement with InstaForex which lasted until 2017. The former UFC champion, a TV presenter, a film producer, and a writer, Oleg Taktarov stays strong in the pursuit of his goals, justifying his nickname “The Russian Bear”. The champion’s desire to achieve new heights prompted him to get involved in forex trading. He started his trading career with InstaForex, noting its favorable trading conditions.

Ilona Korstin
From 2011 to 2012, Ilona Korstin, the multiple European champion and prize winner of World championships and the Olympic Games, was a brand ambassador of InstaForex. Being a strong-willed and dedicated basketball player, Ilona constantly improves her playing technique and leads her team to victories. InstaForex acts in the same way, actively developing its services and creating favourable trading conditions for its clients.

Andrei Kulebin
From 2012 to 2013, Multiple Muay Thai World Champion Andrei Kulebin was a brand ambassador of InstaForex. Andrei is 18-times world champion among amateurs and 14-times champion among professionals in Muay Thai and kickboxing. One of many Andrei’s achievements is a victory that is directly related to InstaForex. In 2012, InstaForex had an honor to sponsor international tournament King of Muay Thai which was held in Belarus. Andrei Kulebin won that championship, once again confirming the title of the King of Muay Thai. We are proud of being involved in the success of such a bright athlete.

Victoria Azarenka
From 2013 to 2016, Victoria Azarenka, a renowned Belarusian tennis player, was a brand ambassador of InstaForex. Victoria won her first WTA title in 2009, the Australian Open title in January 2012, and took an Olympic gold medal in tennis, thus moving to the top of the WTA rankings. InstaForex offered Azarenka to become the brand ambassador because of her desire to win, purposefulness and stress resistance. These personal qualities unite the athlete and InstaForex clients who are determined to succeed.
Tornado-InstaForex fight club
From 2010 to 2011, InstaForex was a title sponsor of the Tornado-InstaForex fight club and a general partner of the Grand Mix Fight in Ukraine. The club achieved many glorious victories. In 2010, it became a winner in the М-1 Selection Ukraine tournament and the Champion’s Battle tournament. In 2011, members of the Tornado club took pedestals in the Grand Mix Fight & PROFC Cup. Sponsorship and cooperation with the fight club became the positive experience for InstaForex.
Can't speak right now?
Ask your question in the chat.