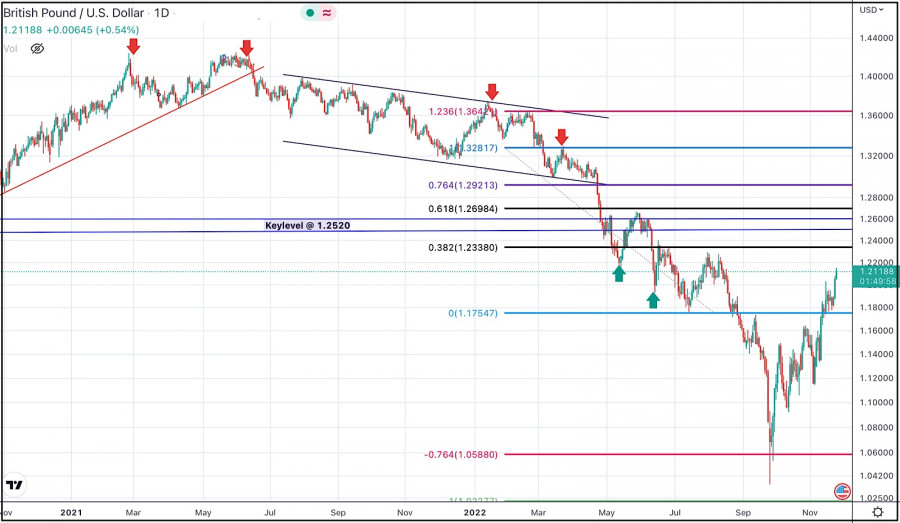 Previously, the GBP/USD pair remained under bearish pressure to challenge the lower limit of the channel around 1.3000 which failed to hold prices above.

Shortly after, a new daily low was established around 1.2150 which was bypassed few days after.

However, considerable support zone existed around 1.1850-1.1900 which has prevented further bearish decline for sometime.

However, as bullish momentum started to fade away, more bearish visits were expected to challenge these historical low levels.

Shortly after, Quick bearish decline was executed towards 1.1075 & 1.0860 where significant Fibonacci Expansion levels were located.

Based on the upcoming price action and the next weekly candlestick closure, the next target level for the GBP/USD pair can be determined.

Further bullish continuation above 1.1765 was expected in previous articles specially after the newly-established ascending bottoms around 1.1150 and 1.1750 remain defended by the bulls.

The next key-level to be visited is located around 1.2340. That's why, further bullish advancement should be expected if sufficient bullish momentum is maintained.

on the other hand, another bearish pullback towards the price levels of 1.1200 and 1.1000 should be expected for another long-term BUY Entry with initial target around 1.1500.

*The market analysis posted here is meant to increase your awareness, but not to give instructions to make a trade.

InstaForex analytical reviews will make you fully aware of market trends! Being an InstaForex client, you are provided with a large number of free services for efficient trading.

EUR/USD dropped a little after reaching 1.0588 today's high. Now, it's trading at 1.0540 at the time of writing. It is fighting hard to rebound after its sell-off

Early in the American session, the British pound is trading around 1.2271 with a bullish bias and approaching the strong resistance at 1.23. The US data moved the market very

Intensive bullish price action was demonstrated around the lower limit of the current movement channel. Initial bullish targets around 1.0150 and 1.0500 were already reached. Price action around this key-level

The next key-level to be visited was located around 1.2340. That's why, further bullish advancement was expected. Price action around 1.2340 was being watched for bearish rejection and a short-term

EURUSD remains in a bullish trend as price continues making higher highs and higher lows. However recent price action in EURUSD has given us a warning. Price has formed

Gold price is trading just below $1,800. Short-term trend remains bullish as price continues making higher highs and higher lows. Gold price has key support at $1,777 for the near

Technical analysis of GBP/USD for December 09, 2022

Looking at the H4 chart, my overall bias for AUDUSD is bullish due to the current price being above the Ichimoku cloud, indicating a bullish market. If this bullish momentum

7948
Can't speak right now?
Ask your question in the chat.